Most of these are also really good at monitoring system parameters like CPU, GPU, HDD, etc. temperature. Plus, features to monitor real-time CPU fan speed is also provided by most software. 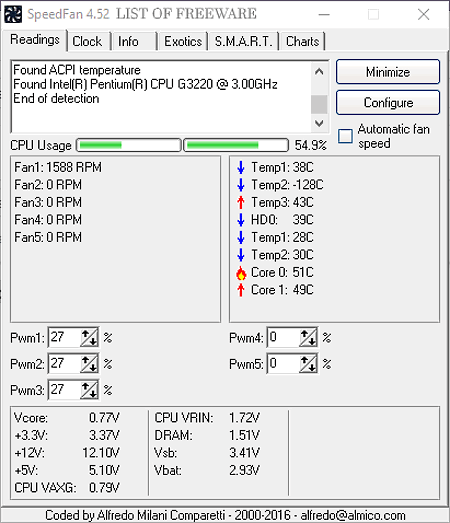 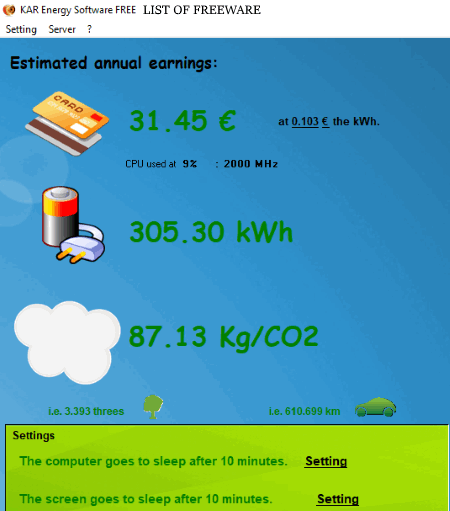 KAR Energy Saver is another free CPU cooling software for Windows. As its name implies, it is mainly an energy saver software that tries to save as much energy as possible without slowing down the system. It uses two main methods to manage the power consumption and cool down the CPU. The first method is to smartly manage the processor frequency according to the load which prevents CPU from overheating during the full load. The second method uses some advanced features of Intel and AMD processors to bring the power consumption and CPU temperature down. The Intel processors have inbuilt EIST and C1E advanced features, which basically enable this software to put PC screen or the whole system in Standby mode. The AMD processor comes with AMD’s own cool and quiet technology that reduces energy consumption and CPU temperature.

This software also allows you to manually set the system standby time, screen off time when idle, and to add some programs that you don’t want to stop when the system is in standby mode. Plus, it also shows some important statistics on its interface including reduction in annual spending, power consumption in kWh, and CO2 emissions. 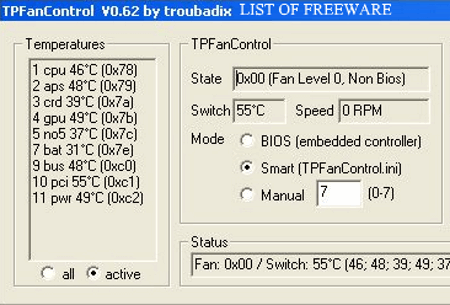 Besides reducing the CPU temperature, this software can also be used to monitor real-time CPU and GPU temperatures and their fan speeds. Overall, it is another handy CPU temperature controller that you can use with ease.

NoteBook FanControl is a free open source CPU cooling software for Windows. This software is designed for notebooks of various popular companies like Acer, ASUS, Dell, Fujitsu, HP, Lenovo, etc. Using it, you can monitor as well as control CPU temperature by manually increasing the CPU fan speed of a notebook. Apart from managing the CPU fan speed, it also shows real-time CPU temperature.

To use this software, first, you need to select the exact model and company of your notebook. After selecting the notebook model, you can change the fan speed by selecting the Enable option and dragging the fan speed seek bar towards the right to increase speed (to cool down CPU) or towards the left to decrease fan speed. There is also a Read-only mode that lets you try different configuration without actually instructing the EC to change fan speed. Overall, it is a handy CPU cooling software as it gives you complete control over the CPU fan speed. 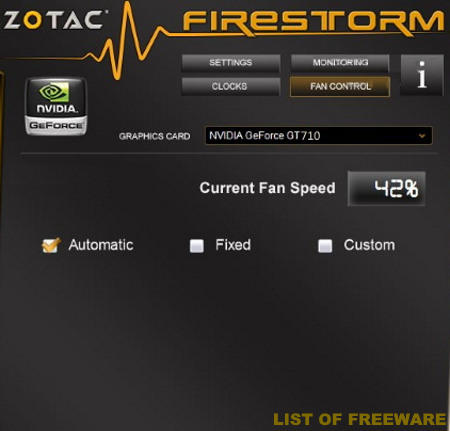 This software also provides a dedicated Monitoring section from where you can view real-time GPU clock speed, GPU temperature, Fan Speed, etc. Overall, it is a really good CPU cooling software to manage the temperature of both CPU and GPU.