These software support common image formats to save scroll screen captures which include PNG, JPG, GIF, BMP, etc. You can also share screenshots directly via Email, Image URL (Imgur, TinyPic, ImageShack, Flickr, etc.), Twitter, Facebook, OneDrive, Dropbox, Skype, etc. Some of these come with their own image editors, so you can edit and annotate screenshots before saving them. You can also record screen videos in many of these freeware.

You may also like some best free Webpage Screenshot Software, Image To URL Converter Software, and Screen Recorder Software for Windows. 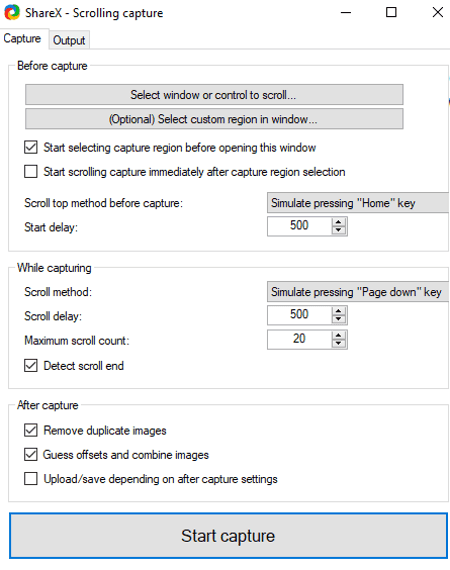 All in all, this one is the best software to capture scrolling window plus generic screenshot software for Windows users. 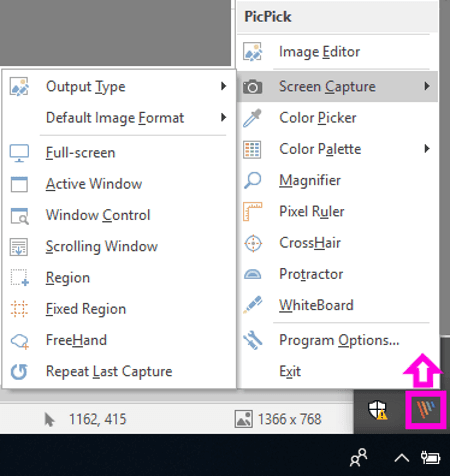 PicPick is another free screenshot utility which lets you capture scrolling window. It is quite easy to take scroll screen capture using this free software. After launching this software, select Scrolling Window option from Screen Capture section present on its main interface. Now, you can select a window and it will automatically start scrolling till the end. As the window scrolling ends, the taken screenshot is opened in its own image editor. From here, you can enhance the scroll capture as per your requirements. It provides standard and some additional image editing tools, such as text, draw, fill, resize, rotate, effects, etc. After that, it let you save the scrolling screenshot as BMP, JPG, GIF, PNG, or PDF file. Or, you can also share scroll capture via Internet URL  (Imgur), Twitter, Facebook, FTP Server, Cloud Service, etc. 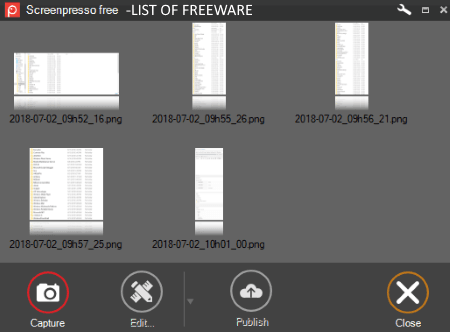 It supports PNG, GIF, TIF, JPG, and BMP image formats to save screenshots. Also, you can even share taken screenshots via Email, Dropbox, Drive, Imgur, Twitter, etc. You can customize various configurations from its Settings menu, such as autoscroll delay, autoscroll scrollbar width, sharing options, output location,image resizing, watermark, etc. It provides its own image editor as well to edit and annotate screenshots using tools like text, drawing tools, highlighter, crop, resize, etc. In general, it is another good software to capture scrolling window, region, window, and full screen. 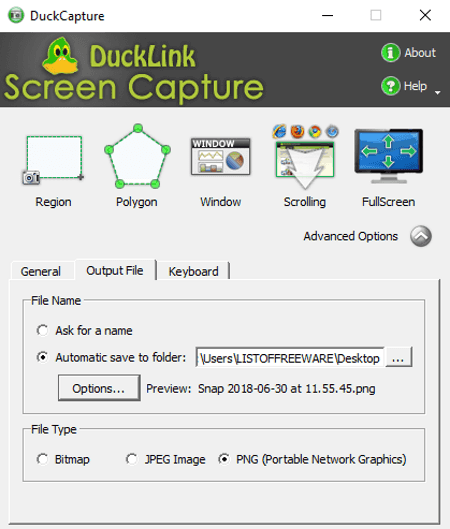 DuckCapture is the next free scroll screen capture software for Windows. As you open this screenshot software, you will see several options (Region, Polygon, Window, Fullscreen) including a Scrolling option on its interface. Click this option and select the window or region to capture. The window will be scrolled till the end and the capture will be take which can be saved to clipboard or to an image file. You can stop scrolling by hitting right click.

Before you capture scrolling window, you can set time interval for scrolling pages. Some other general output settings that you can configure are Include/Exclude Cursor, Output Location, File Type (BMP, JPEG, PNG), etc. Also, you can set a keyboard shortcut key for scroll capture and other screenshot actions. You can quickly access it from system tray.