Here is a list of best free 3DXML viewer software for Windows. 3DXML is a 3D file format that carries 3D elements and models. It uses the XML container to store 3D elements. It is similar to many CAD file formats that also carry 3D models. However, it is not as popular as other 3D file formats due to which there are not many applications that support this format. Now, if you have a 3D model stored in 3DXML format and you want to view it, you might have a tough time finding an application that can open it. To resolve this problem, I have created this list of 3DXML viewer software.

In these software, you can easily load and view 3D models of a 3DXML file. In some viewers, you can also open up multiple 3D files at a time using their multi-tab interface. Besides 3DXML files, most of these viewers also support 3D models of OBJ, 3DS, STLL, SLDASM, PRT, IGS, XPS, etc., formats.

To properly view and analyze a 3D model, these viewers offer viewing tools like Pan (to move a model), Zoom (to closely analyze a model), Rotate (to view a model from different directions and orientations), etc. Plus, direct buttons or options to change the direction (front view, top view, right view, etc.) of a 3D model is also present in these viewers. Other essential viewing tools like Wireframe, Shading, Shading with Wire, and more are also present in these viewers.

Apart from main viewing tools, these 3DXML viewers also come with some additional tools like Multi Shots, Model Compare, Measure, etc. Go through the list to know more about these viewers.

GLC_Player is my favorite software because it offers a good set of 3D model viewing tools. Plus, it can also be used to view 3D files of other popular 3D file formats like OBJ, 3DS, STLL, OFF, etc.

You can also check out lists of best free CAD Viewer, X3D Viewer, and OBJ Viewer software for Windows. 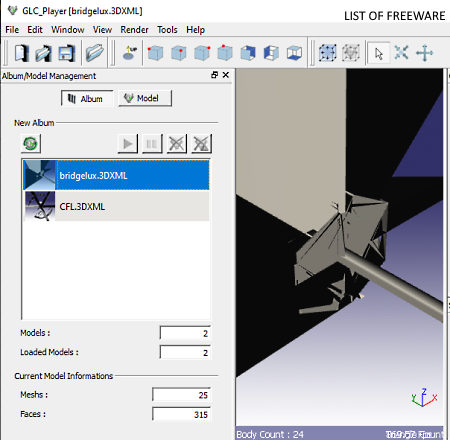 GLC_Player is a free open source 3DXML viewer software for Windows, Linux, and macOS. In this software, you can view and analyze 3D models present in 3DXML, OBJ, 3DS, STLL, OFF, and DAE file formats. In it, you can also load multiple 3DXML files at a time and switch between them from the New Album section. To view and analyze a 3D model, it offers multiple viewing tools along with some rendering modes. Let us check out the main viewing features of this software.

It is a good 3DXML viewer software that offers many useful tools for viewing and analyzing of 3D models. 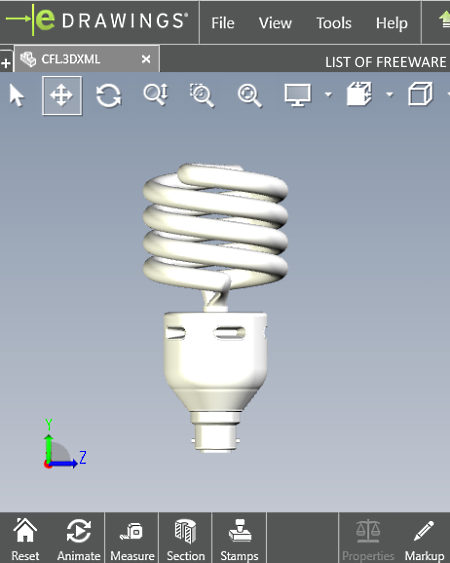 eDrawings is another free 3DXML viewer software for Windows, macOS, iOS, and Android. It is a dedicated 3D model viewer software in which you can view and analyze 3D designs and models. The good thing about this software is its ability to support file formats of multiple 3D file formats like STL, DWG, PRTDOT, EPRT, EDRW, and more. It also offers a multi-tab interface on which you can open up multiple 3D models at a time. After viewing a 3DXML file, you can save it in SLDPRT, STL, DWG, PRTDOT, EPRT, EDRW, etc.. formats.

It is a simple and cleanly designed 3DXML viewer software that offers essential 3D viewing tools and a good 3D model viewing experience. 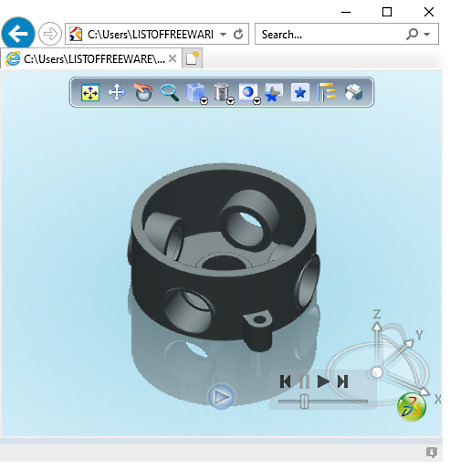 It is a simple 3DXML viewer plugin for Internet Explorer through which you can view and analyze a 3D model saved in a 3DXML file. 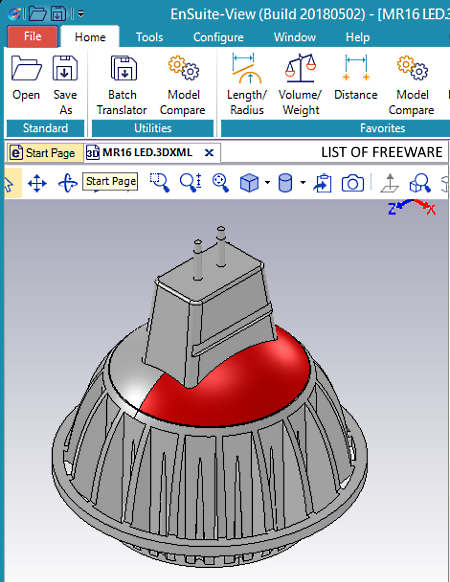 EnSuite-View is the next free 3DXML viewer software for Windows. This software is primarily a CAD file viewer that also supports 3DXML, SLDASM, PRT, IGS, XPS, etc. file formats. It is a simple 3DXML viewer in which you get all essential 3D model viewing tools. It also comes with a multi-tab interface that lets you open up multiple 3D files in side by side tabs. Now, check out the main features of this viewer.

It is another easy to use 3DXML viewer in which you can easily view and analyze 3D models present in 3DXML and other supported file formats.