In most of these software, you can add multiple processes and their wait time, turnaround time, etc. for scheduling. Some of these software provide some details after completing CPU scheduling. From this report, you get to know the total and average turn around time and waiting time. Also, you can checkout mean, min, max, and standard deviation of response time in one of these. Some of these CPU schedulers also provide visualization of the scheduling process.

My Favorite CPU Scheduler For Windows:

Process Scheduler is one of my favorite CPU scheduling software. It supports FCFS, Preemptive/Non-preemptive SJF, Round Robin, etc. CPU scheduling algorithms. Also, it shows property of scheduling process including total and average waiting and turnaround time.

You can also check out lists of best free Task Scheduler and CPU Usage Monitor software for Windows. 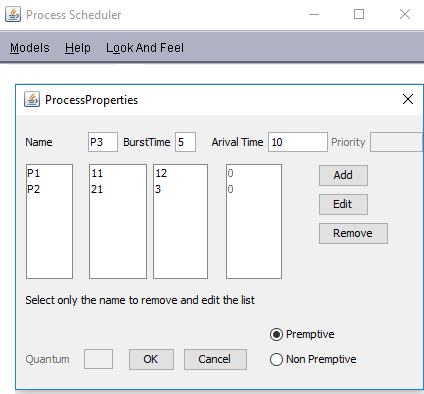 So, you can easily perform CPU scheduling using this open source CPU scheduler with some additional desirable features. 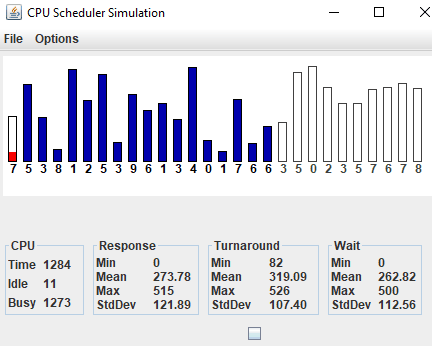 After choosing any of aforesaid algorithms, you can set animation rate/CPU clock in FPS (from 1 fps to 100 fps). When you are done with setting up these options, just click on Play/Pause button to toggle between play/pause simulation states.

When CPU scheduling is done, you can checkout CPU idle and busy time, and also minimum, mean, maximum, and standard deviation for Response Time, Turnaround time, and wait time. That’s all about this CPU scheduler software. 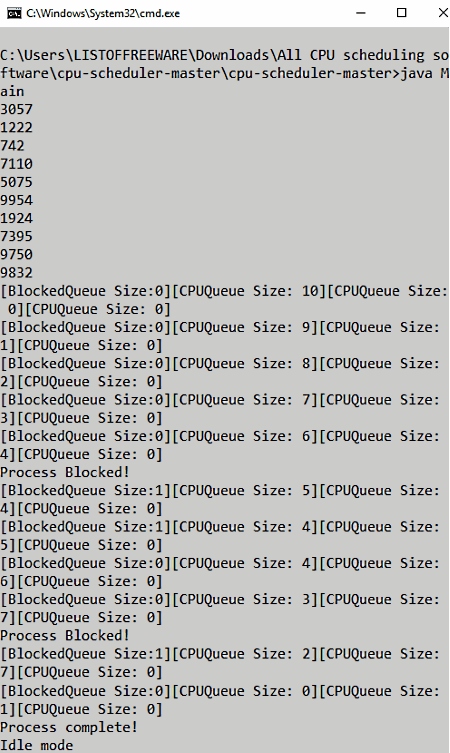 Since it is a Java based CPU scheduling program, you need to open it in CMD and run commandjava Main to start automatic CPU scheduling. As the process goes on, it displays blocked queue size and CPU queue size in the command prompt.

As per the website, it is based on multilevel feedback queue CPU scheduling algorithm. In it, if the process exists in blocking queue, it is removed from blocking queue on FCFS (First Come First Serve) basis. Now, the scheduler moves from highest to lowest priority CPU queue to schedule processes. Each prioritized process is executed until the end of time slice and corresponding work is done. If a process is blocked, it is removed from the CPU queue to blocked queue and new time slice with new process is initiated. In case, end of time slice has been reached and the process is not finished or the process is already in the lowest priority queue, then the process is added back to the queue. In this way, this CPU scheduler software helps to utilize resources in a better way by making CPU busy for entire duration of time. 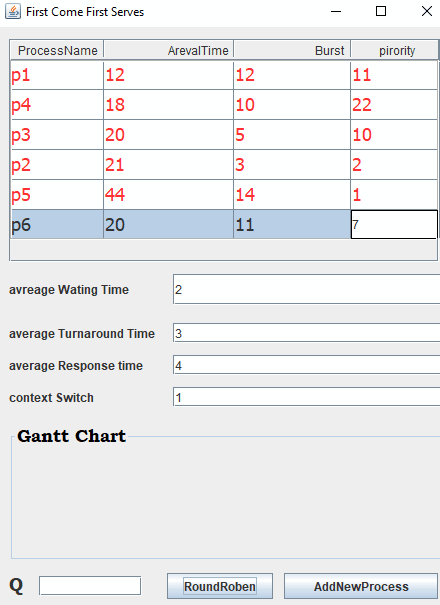 Round Robin is another free, open source CPU scheduling software for Windows. It is entirely based on round robin algorithm. To use this software, you can add as many processes as you want and specify process name, arrival time, burst time, priority, etc. for each of them. Also, you need to specify average waiting time, average turnaround time, average response time, and context switch.

After filling all required fields as soon as you click on the RoundRobin option, every added process get arranged as per round robin algorithm. In this way, you can use this CPU scheduler for round robin scheduling.