Blender is my favorite software because it is the only free software through which you can create realistic 3D animations. Along with 3D animation, you can also use it to add VFX effects, to render movies, to make 2D animations, and more. 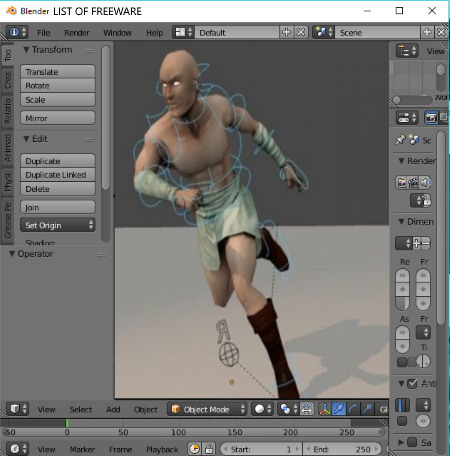 Blender is a free open source 3D animation software for Windows. It is quite a popular and advanced software which is used in 3D Modeling, 2D animation, Simulation, VFX, Game Creation, Video Editing, Rendering, Scripting, etc. Using it, you can create realistic 3D animations and short stories consisting of various 3D characters. This software also facilitates 2D artists as they can directly create a 3D scene by creating a 2D scene using a 3D viewpoint. Similar to this, you can find a ton of features to create both 3D and 2D animations.

Let’s take a look at some of the handy features of this 3D animation software:

Besides these 3D animation specific features, you can find more handy features to create VFX, Games, etc. Overall, it is one of the best free 3D animation maker software, but it is also quite difficult to operate, especially for novice users. Before using this software, you can check out this 3D animation tutorial. 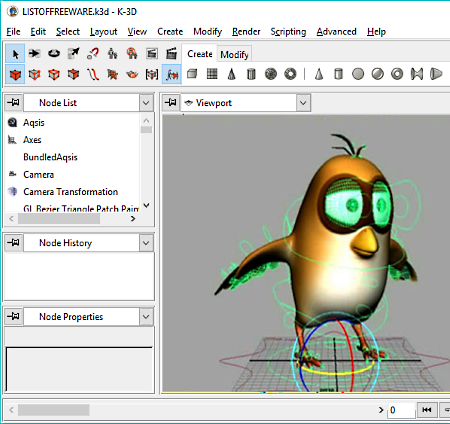 K-3D is another free 3D modeling and 3D animation software for Windows. Using this software, you can create 3D character models and fully functional 3D animations from the scratch. To create a 3D animation, first, you need to create or import characters for your animation. If you want to create the animation form the scratch, then you can use its 3D Modelling tools. In it, you can find various modeling tools like scene graph procedural modeling, selection tools (object, meshes, faces, edges, curves. etc.), geometry tools (polygon, NURBS, Subdivision, etc.), 3D shapes (cone, cushion, cylinder, etc.), and more. All of these tools are quite easy to use through which you can create a 3D character or model.

After completing the 3D animation, you can render and also preview it before saving it. The rendered animation can later be saved as BKS file, while the whole project can be saved as a k3d project. 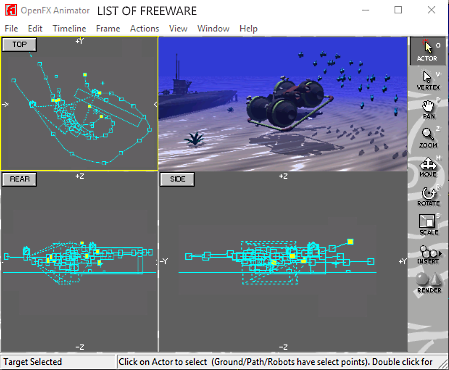 OpenFX Animator is the next free 3D animation software for Windows. Using this software, you can create simple 3D animations showing the object deformation, motion of parts, motion of solid objects, etc. To simulate different types of animations, it uses methods like raytracing engine, NURBS, kinematics-based animation, morphing, etc. The interface of this software is divided into four small windows namely Top, Rear, Side, and Camera. In the top, rear, and side windows, you can view base wireframe model from three different directions at a time. In the Camera window, you can run or preview your 3D animation.

How to create a 3D animation using this free software:

To create an animation, first, you need to create a basic wireframe of one or more 3D objects which you want to include in the 3D animation. To create the wireframe, you can use its Insert Tools menu that provides tools like Model, Particle, Path, Light, etc. After making a wireframe, you can create more wireframes with slight difference to show the motion of the object. Once all frames get completed, you can now use various animation tools to make the animation. The most important tools section for 3D animation is its Timeline section. Using it, you can shift keyframes, add movement timeline, rotation timeline, add scaling keyframe, etc. Besides this, its Frame menu is also handy using which, you can specify the length of each frame in the animation. Plus, few other options like add frame, remove frame, wireframe preview, etc., are also available in it. 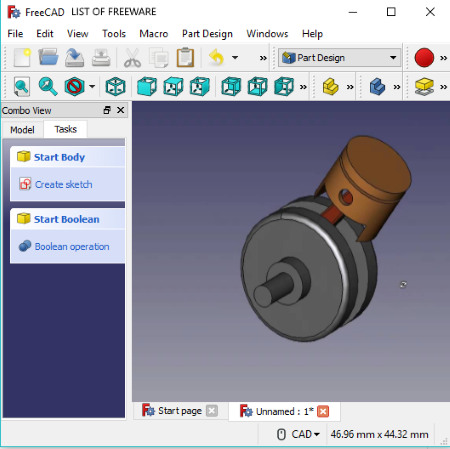 FreeCAD is yet another free open source 3D animation software for Windows. You can also use it to create 3D models which you can later use in the 3D animation. For 3D modeling, you can select a project from various available ones like the part design, architectural design, ship design, work and meshes, etc. According to the selected project, you get different sets of modeling tools. Using available tools, you can build a 3D model. Similar to the modeling, you also get various tools to create a 3D simulation. Along with tools, you also need to have some knowledge about python language as python coding is used to set position and motion of objects in the simulation. This software is quite good for producing 3D parts and machine simulations, but not ideal for character oriented animations. 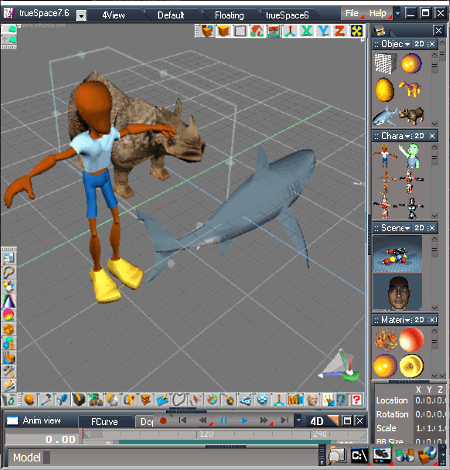 trueSpace is the next free 3D animation software for Windows. It is a feature rich 3D animation software through which you can also create 2D scenes and animations. In it, you also get a lot of 3D models, scenes, objects, characters, etc., which you can use in your animation. However, you can also create a 3D model from the scratch using modeling tools like Color Shaders, Texture Map, Primitives, Configuration Library, etc. To make a 3D animation, you can use of its Timeline Tool that lets you join various frame of models into a seamless animation. Plus, options to change the time of each frame, animation speed, add joint, move joint, etc., are also present in the timeline. This software also supports various formats to save your 3D animation such as D3D Scene Light files, Scene Files, Collada Export files, Layout Files, etc. 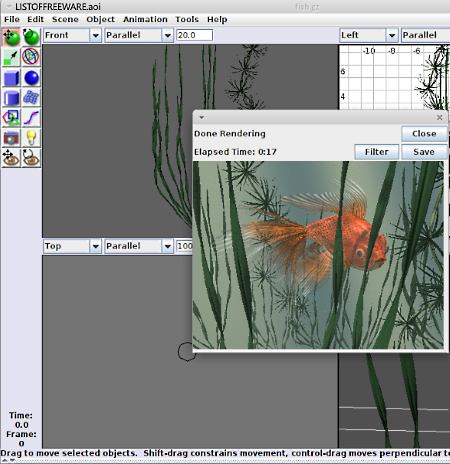 Art Of Illusion is a free Java based, open source 3D animation software for Windows. It is mainly a 3D modeling and rendering software that also includes skeleton based animation feature. Using it, you can create solid object animations like moving machine parts, ball animation, etc. As it is mainly a 3D modelling software, hence you can easily create 3D machine parts or models from the scratch. For 3D modelling, you get tools like Shapes (sphere, cone, cuboid, etc.), Boolean Modelling, Lathe, Skin, Tube, etc. The entire interface of this software is split into four winows to view 3D models from multiple sides at a time. After creating 3D models, you can start the animation process.

To create 3D animation, this software provides a dedicated Animation Menu. In this menu, you can find all the essential tools like Position, Rotation, Pose, Keyframe Modified Tracks, Bulk Edit Keyframe, Forward Frame, etc. These tools help you create all the frames required to make the animation. Once the process of 3D animation creation gets completed, you can immediately preview it using the Preview option. Option to manually change one frame at a time is also present to thoroughly analyze each frame.

Before saving the animation, you can render it in any resolution. After rendering, you can export the animation in POV, VRML, and OBJ formats.