Here are the Best Free Android Emulator for Windows: 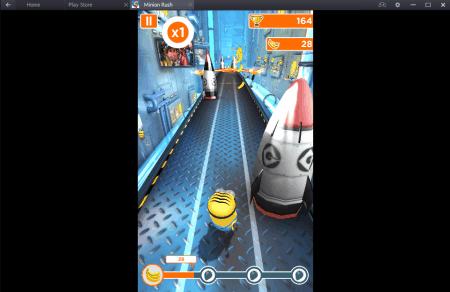 BlueStacks is an amazing Android Emulator, which can be used to create an android environment on your Windows computer. This Android Game Emulator (a.k.a. App Player) is capable of running over 96% of Apps available on Google Play Store. BlueStacks is completely free to download and use; there are no hidden charges. Simply download the installation file, install BlueStacks, login with your Google ID, and the Android emulator for PC will be ready to use. Go to the Google Play Store, and download Android Apps to this Android emulator. It can run almost all kind of Apps, like: Facebook, Whatsapp, Tinder, Google Maps, Twitter, etc. You can also run almost all the available games for Android. This is the most stable, and popular Android Emulator available. Minimum specifications required to install BlueStacks on PC: 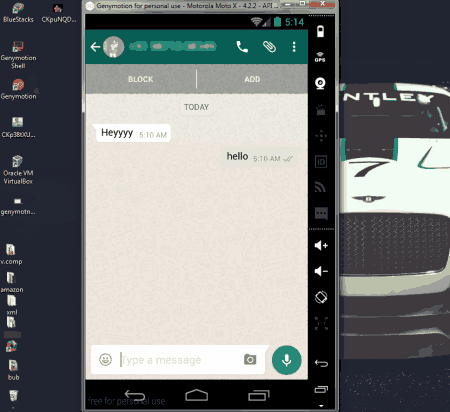 Genymotion is another fantastic, cross platform Android emulator for PC. This free Android Emulator is supported by advanced features, like: hardware acceleration, and Open GL. Installing, and getting this Android Emulator is pretty effortless. After the installation, you have to create a free account to use this free Android Emulator. Select an Android device by choosing one from the list of devices, and begin the emulation. Before you begin the Android emulator for a device, the device properties are displayed. These properties include:

Once the emulator begins, you can see an Android interface for the selected device. This Android Phone Emulator has almost all the basic apps, and features that you can find in a new Android device. This Android Simulator is mainly focused on Android app testing; however, you can always use it to run Android apps on PC. You do not get Google Play Store installed on this Android Emulator, so you have to download .APK files on your computer, and install them on the Emulator. Simply drag and drop the .APK file to the Android Emulator for the App to work. You can even access internet on the Emulator if your computer is connected to any network. This Android Emulator works pretty smoothly, so does the Apps on it. Here are the minimum system requirements for this Android Simulator to work on Windows OS: 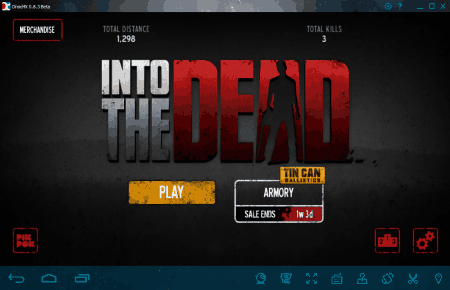 Droid4x is an advanced Android Emulator for PC, which gives you a complete Android experience on your Windows computer. It is loaded with sophisticated features, that create a perfect environment for you to play Android games on PC. This is a freeware which can operate on computers with moderate system configuration. Install the .EXE file on your computer, and you are good to go as soon as the installation completes. The graphical interface is visually appealing, and houses a number of utility tools. The Desktop tab on the UI displays all the installed Android games, and apps. To install new apps, either you can download them from the Google Play Store, or you can directly install .APK files on Droid4x. You can view the Android’s return, home, and options keys on the bottom panel. Apart from the usual keys, there are 8 other utility keys on the bottom panel:

You can even set few preferences, like setting the display resolutions in Horizontal, or Vertical screen positions. It is quite versatile, and capable software to play Android games on PC. This software is completely free to use. 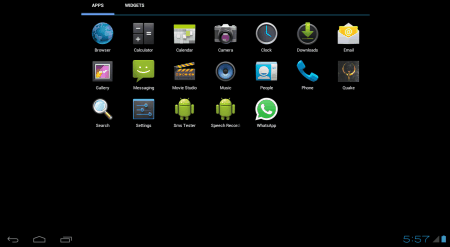 Windroy is a lightweight Android Emulator, which can run Android on Windows OS. This Android Emulator runs directly on Windows kernel. Windows Kernel usually runs the core operating system components of a computer. The Android emulation opens up with a command prompt screen, followed by a full screen Android screen. After the boot is complete, a similar lock screen of an Android device appears. You can use your mouse to navigate through the UI, just click once, wherever you want to tap. The Emulator comes with all the basic pre-installed apps, apart from Google Play Store. There’s an additional Game: Quake, which comes pre installed on this Android Emulator. Any external app needs to be installed manually in the Windroy root folder. Download the .APK files, and paste them in the Windroy root folder: Windroy\windroy_root\data\app; restart the emulator to run the App. Apart from Apps, you also have widgets available on this Android Emulator. The notification bar is present on the right-bottom corner of the interface, which appears when you drag it upwards. It uses its installation drive as its storage drive. Windroy is one of the best, and fastest Android Emulator to run existing Apps, or test a new App. 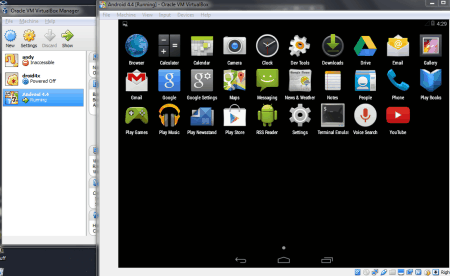 Virtual Box lets you emulate Android for free on your PC. Virtual Box is an extraordinary cross platform software, with stunning features. This is a popular virtual machine software for PC, that lets you mount any OS in a VM. In addition to the PC based OSes (Windows, Linux, etc.), it also lets you mount Android OS, from ISO file of Android. Download ISO file of any version of Android OS, and run it on this software to begin Android Emulator. Few very simple steps are required to get this Android Emulator up and running:

The Android Emulator boots up with a lock screen. You can use your mouse’s pointer to use the Android interface. All the default Android apps can be found on the Android Emulator, along with the widgets. Open Google Play Store to search and install different apps. This Emulator also lets you install apps directly from their .APK files. This software is mostly used as Android Emulator for testing and development purpose.