Here is a list of Best Free Open Source Video Joiner Software for Windows. These are the software that you can use to join multiple videos into a single video file. As these are open source, you can download their source code that can be studied as well as manipulated without any limitations.

Along with the video merge feature, these software also provide video splitter function that allows you to split a video into multiple smaller video files. Some of these software can also convert video files from one format to another. You can input different video formats in them as these support a variety of video formats such as MP4, MKV, MOV, AVI, MPEG, etc. Although, most of these only support a few output formats (Original, MP4) to save the merged video. One of these is a command line software through which you can join videos by entering a command.

In some software, you can play video, customize a lot of parameters, etc. The process of video joining is also simple in all software. In general, these are great open source video merger software that are also easy to use.

MediaMux is a good software as it also provides a batch encoder and video splitter tools.

LosslessCut is another nice software to merge or split videos quickly. 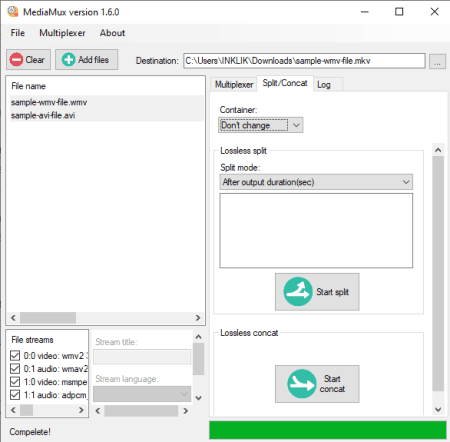 MediaMux is a free open source video joiner software for Windows. Apart from merging videos, it is also used to split and convert videos. You can simply input two or more videos to it and join them all into one single video. As input, it supports many commonly used video formats including MP4, MOV, AVI, FLV, MPEG, etc. However, you can save output videos in MP4 or MKV format.

How to merge video in MediaMux:

It is a great open source video joiner software that can merge several videos without losing on their original quality. 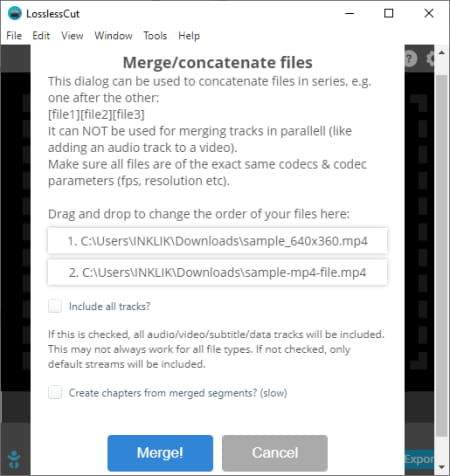 LosslessCut is another free open source video joiner software for Windows, macOS, and Linux. As the name suggests, it is primarily designed to split a video into multiple parts. In addition to that, it also offers a video merge feature using which you can join multiple videos into one video. It supports various input and output video formats like  MP4, MOV, FLV, DV, OGV, etc.

How to merge videos in LosslessCut:

Some extra tools including Batch video converter and Fix incorrect duration are also available in it.

It is a nice open source video merger software that also comes in a portable package. 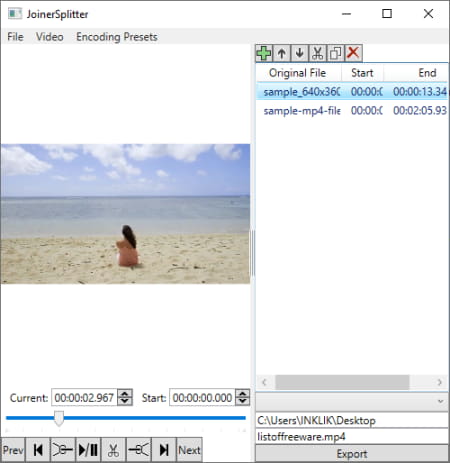 JoinerSplitter is yet another free open source video joiner software for Windows. As its name implies, it can perform both the tasks that include merging videos and splitting a video. It supports  MP4, AVI, MOV, WMV, FLV, DV, MPEG, and more video formats. Plus, it also supports videos of 4K resolution. Some encoding presets like h264 80 Mbits/s, 4k h264 80 Mbit/s, etc., are also offered by it. You can select an encoding preset to customize resolution, encoder, and other parameters as per a particular standard.

Let us checkout how to use this software.

How to merge videos in JoinerSplitter:

It is a good open source software for those users who want simple video splitter and joiner. 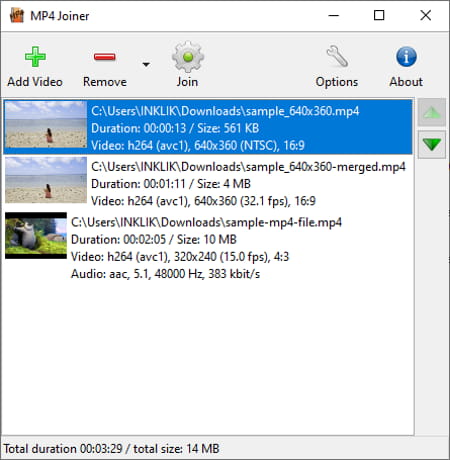 MP4Tools is a set of two tools that include MP4Splitter and MP4Joiner. Using its MP4Joiner tool, you can merge multiple video files into one large video file. It supports MP4 as well as other video formats including AVI, MKV, WEBM, MOV, MPEG, and WMV formats. But as output, it supports MP4 and M4V formats. Let’s have a look at the video joining process through this open source video merger.

How to merge videos in MP4Tools:

It is a nice open source video joiner and splitter software that anyone can use without any hassle. 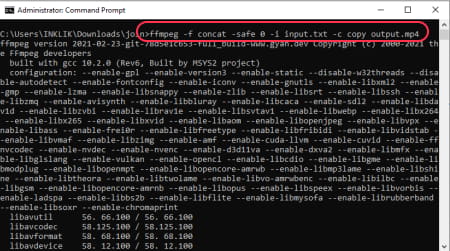 FFmpeg is a command based, open source video joiner software for Windows, Mac, and Linux. It is a famous command-line tool that is used to process multimedia files. Using it, you can do a lot of things such as play video, crop video, resize video, flip video, rotate video, split videos, etc. It requires you to enter a simple command to merge videos using it. Let’s checkout what is the command.

How to merge videos using commands in FFmpeg:

It is a versatile command based video utility software that can also join two or more video files into one.