Here is a list of 15 free ASF video players for Windows. ASF stands for Advanced Systems Format. This file format is designed to store, play, and transmit digital media streams over the network. The popular WMA and WMV extensions are ASF files. If you are looking for video players with ASF file support then this list can come in handy.

All 15 video players covered in this are absolutely free to download and use. A few players do have premium versions but the ASF format support is available in the free versions as well. Some of these are popular media players that you might have used or heard about. Rest are less-known players that can easily play ASF video files on Windows.

All these players come with the basic functionality one can expect from a media player. Some are pleasing on the appearance side with themes and customizations. Whereas, some focus on unique features such as media stream playback, web-based video services support, 3D support, etc.

VLC Media Player is my favorite ASF video player. It is cross-platform than means you can use it on other platforms apart from Windows. VLC has lots of useful features that make it one of the best and most popular media players. This includes open streams over network, subtitle download, video recorder, hotkeys, graphic equalizer, add-on, and much more. 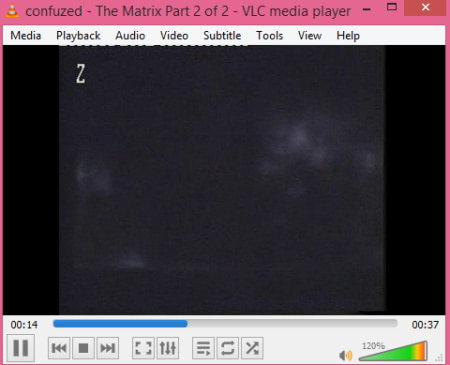 VLC Media Player is a popular player with cross-platform availability. It is available for Windows, macOS, and Linux. VLC is a versatile media player that can play almost any type of video and audio file format. This includes ASF files as well. Users can open the ASF video file with VLC and it will start playing right away. VLC offers many more features that make it one of the best video players for PC. It can find and download subtitles without leaving the player. It can also record screen and open media streams from the network. VLC can also be used to convert videos to any format. There are also third-party extensions for VLC to extend the functionality of the player. 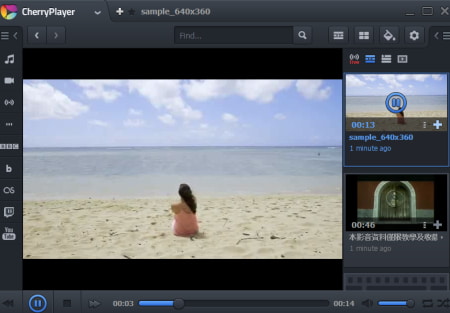 CheeryPlayer is another free ASF video player for Windows. It is also available as a portable program that users can easily use from a USB stick or storage without installing. Similar to VLC Media Player, CherryPlayer supports all popular media formats for video and audio. It can also open media streams from the web and comes with web support for Radio, BBC, Billboard, Twitch, YouTube, and more. 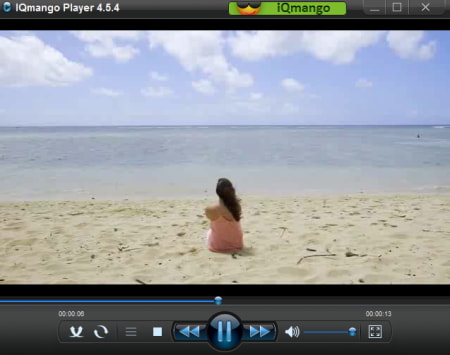 IQmango Media Player is another free media player that can easily play ASF video files. This media play is available for Windows only and supports various popular video formats including ASF. There is no need to install any additional codec, support for all those media formats is built right into the main program. This player offers a simple interface. It can easily play high-definition videos with minimum system requirements. 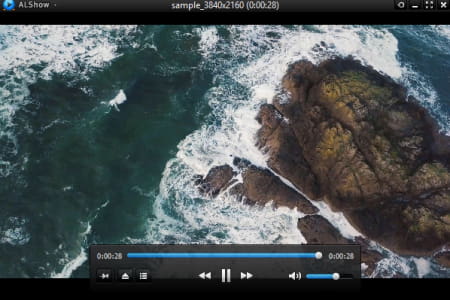 ALShow is a free ASF player for Windows. This media player has built-in support for all popular video file formats and does not require any additional codec installation for that. In case this player needs a codec for a certain type of media file, it can automatically get that codec from the web and play the media. One unique feature of ALShow is the bookmarks. Users can add a bookmark with a description at any specific time in the video. Those bookmarks can easily be accessed when users open that same media file next time. 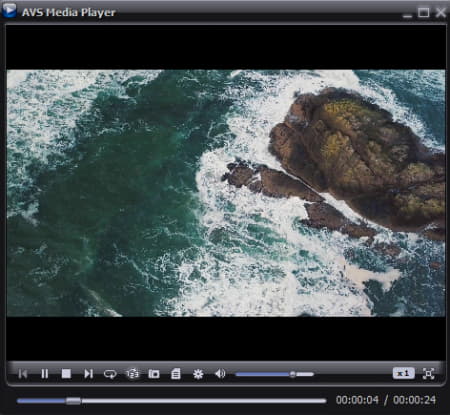 AVS Media Player is yet another media player for Windows that can play ASF files. This player has a minimalistic interface and supports all popular video formats including ASF, MPEG, AVI, MP4, WMV, MKV, etc. Apart from videos, it can also open popular audio file formats with the playlists feature. It also has support for popular image file formats and can be used as an image viewer with shuffle slideshow. 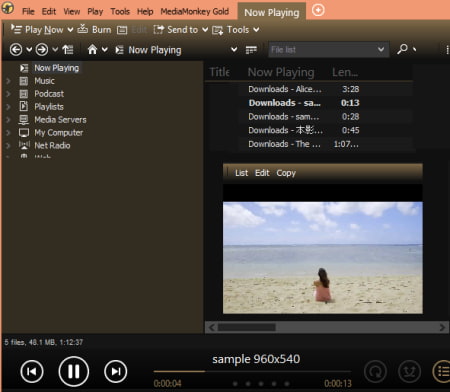 MediaMonkey is a popular media player for Windows since the days of Windows XP. It has iTunes-like synchronization along with a Winamp plugin. The player has evolved since then and supports all popular media file formats including ASF. MediaMonkey is good for building and organizing a media library. With the “Auto-tag” feature, it can automatically fetch the missing metadata of the files. Additionally, it supports cloud sync to backup and restore your library and media cast support built-in. 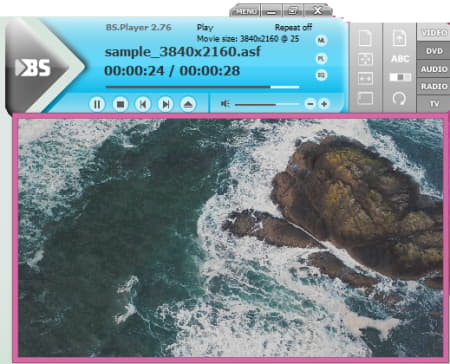 BS.Player is another free media player for Windows that can play ASF files. It supports all popular video and audio formats. It packs many useful features to stand out from the competition. BS.Player can organize libraries with playlist support and a multilingual user interface. It can search for subtitles on the web and load them to the player. It can play media frame by frame and has a customizable interface with a bunch of themes. One unique feature of BS.Player is Remote control support (WinLIRC). There is also a premium version of BS.Player that comes with features such as video recorder, subtitle editor, and much more. 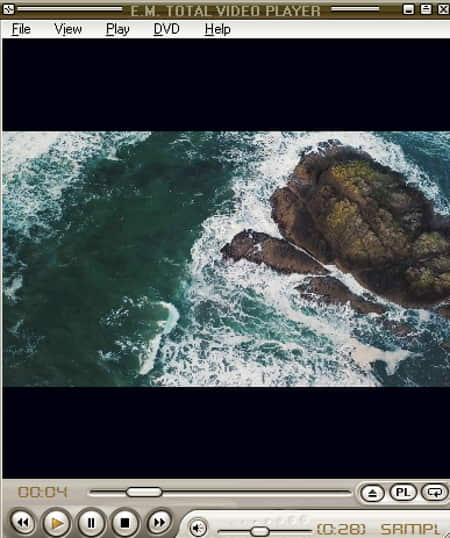 Total Video Player is another media player program for Windows that supports ASF playback. This player supports various popular video and audio file formats. The program is compact in size and does not require any additional codec. The player has a bit outdated UI that is quite similar to Windows Media Player. It has not been updated for a long time but it does the job flawlessly. 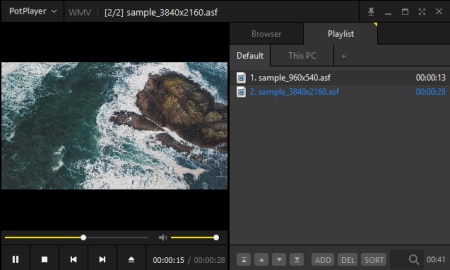 Potplayer is another free ASF video player for Windows. This player offers enhanced hardware acceleration to play high-quality video formats. It takes minimum system resources by using CUDA, DXVA, and QuickSync technology. Potplayer also has a bookmarking feature that lets users bookmark any scene or chapter of a video. Additionally, it is also compatible with a variety of 3D glasses. This makes it suitable to watch 3D content on PC. 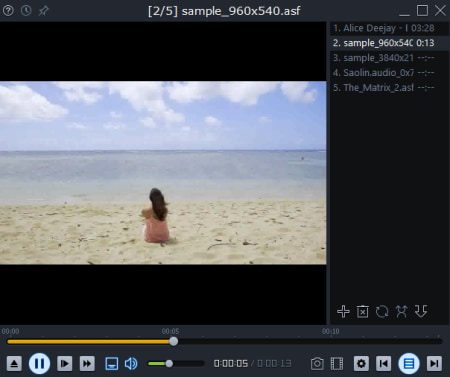 Light Alloy is a free media player for Windows with ASF video format support. This player is available as a regular and portable version. It has a simple interface backed by dozens of skins to change the appearance of the player. In terms of functionality, it has playlist support and can also open media streams from the internet including internet radio. 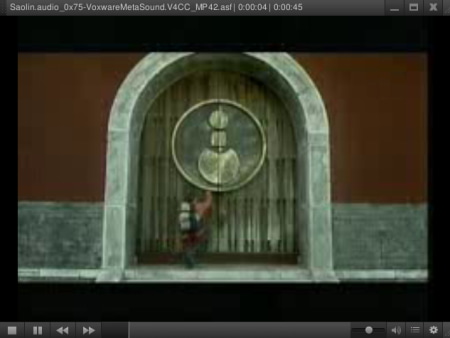 Jaksta Media Player is a free media player for Windows. This player can play ASF video files along with various popular video and audio file formats. Support for all the latest media codec is packed right into the main program so there is no need for codecs. It has playlists features that users can use to organize their collection right into the player. Additionally, this player has a slow-motion feature that plays the video as well as audio files at slower speeds. 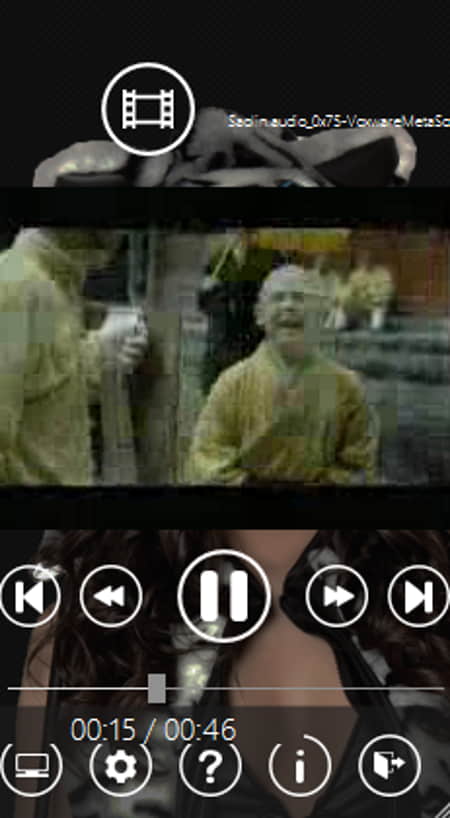 Butterfly3D Stereo Video Player is another free media player for Windows. This player can play ASF files with ease. It supports various popular video file formats. The main highlight of this player is 3D videos. It supports 3D video input. This makes it a nice 3D stereoscope movie player that can work nicely with 3D-supported hardware. Additionally, it can also separate a regular 2D video streams into two and place both on the screen left and right, or top and bottom. 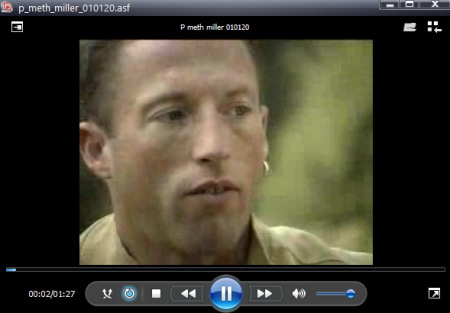 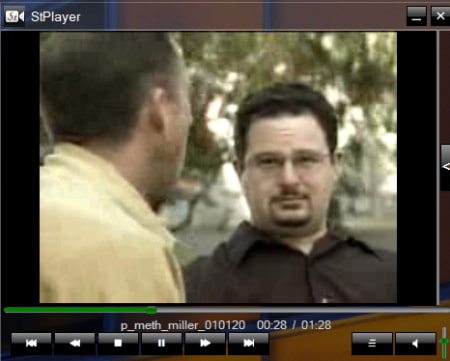 StPlayer is a lightweight media player for Windows. It can play ASF files on Windows along with various popular video and audio file formats. This player features a semi-transparent interface. It has a playlist feature and can also create a playback queue of the selected media files. It offers repeat once, repeat all, and shuffle options for the playlists. And users can also set the player to stay always on top when needed. 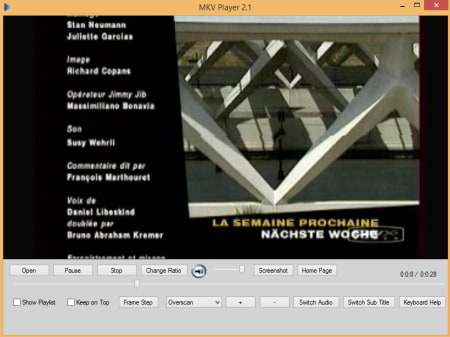 MKV Player is another free media player for Windows. Despite its name, it can play various popular video file formats including ASF as well. This player offers basic functionality packed into a simple interface. The interface does look outdated compacted to today’s standards. But the player works really well. It also supports subtitles and lets users create and save their playlists.