All these apps are free to use. Each app has a different approach to creating the world. Some apps give you very limited options to interact with whereas others open lots of possibilities that can be overwhelming. This post covers apps that let you build, simulate and control a world. You can define laws and watch the world interact. Then there are simpler apps where you can set the percentage of various items you want in the world and generate a world according to that. I covered the offerings of each app and what can be done with that. You can check that out and see which app can be a good fit for you.

WorldBox is my favorite fantasy world creator app on this list. This app allows you to not only create but simulate the world you have created. You can add various objects in the world and create entire civilizations with kingdoms, laws, rules, festivals, cultures, etc. You can design the world the way you want, interfere, and cause naturally occurring phenomena. You can basically create a fantasy world and watch it interact within itself. 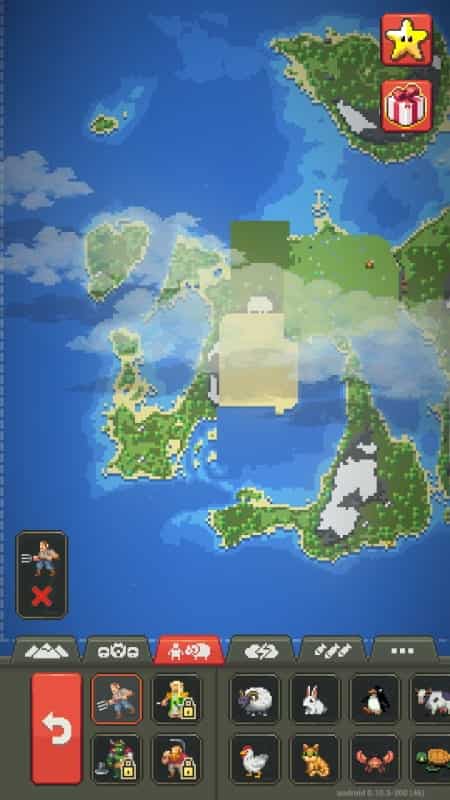 WorldBox is a free fantasy world creator app for Android. In this app, you can create an entire world with civilizations, kingdoms, animals, plants, monsters, natural disasters, and destructive weapons. There are different sections to create and add various types of objects on the map. Before doing that, you can pause the world and then add objects because everything you add interacts with each other. You can define the world laws for civilizations, mobs, animals, and nature. Once your world is ready, you can resume it and see how objects interact. You can add new elements on demand, cause destruction, interfere within kingdoms, and add/remove land, sea, trees, rain, etc.

WorldBox lets you create, simulate, and monitor a world inside your phone. You can decide what you want in that world and define the laws accordingly. You can interfere anytime to make changes and cause various events. You can save the world within the app. 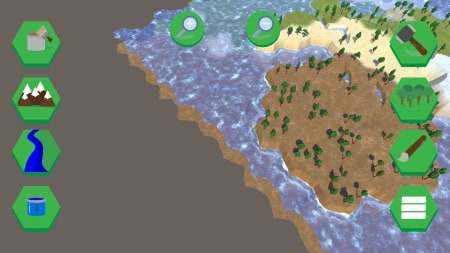 Hexogen World Maker is another free fantasy world creator app for Android. This app automatically generates a realistic 3D world that you can edit and customize as per your liking. You need an in-app token to generate a world that you can get easily by watching an ad. There are three options for generating a world; Small, Medium, and Large. You can pick any size and then set the percentage levels for land, water, trees, rivers, houses, paths, walls, and other objects. After generating the world as per your specifications, it opens the world that you can move around and explore. You get various options on the screen to edit the world around you. You can set the depth of water, the height of mountains, draw rivers, paths, add houses, and trees. After editing, you can export the world and share it with others. You can also import the world map back and edit it anytime you want.

The world map contains multiple types of mountains, land, seas, rivers, pathways, houses, walls, and trees. You can configure the percentage of each object before generating a map.

This app lets you create a realistic 3D world that you can edit as per your liking. There is some lag while adding new objects but it works fine. One thing I’m not quite sure about is how to share the map. This app lets you export the map but it saves that in the app only. There is no actual file that you can save. However, you can import the saved map back into the app and edit it whenever you want. 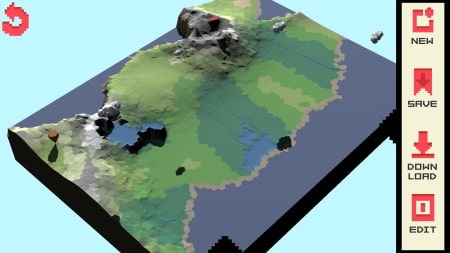 A.t.l.a.s. is a free fantasy world generator app for Android. This is a simple app to generate a world and thus a map. It gives you two options to create a world. The first option is to create a random world. The app automatically selects the objects and generates a map for you. Whereas, the other option allows you to customize the map as per your needs. You can pick what you want on the map and add places and landmarks on the map. This app creates a 3D map with a topographical view and moving clouds. You can save the map within the app and export an image of it to your device.

A 3D geographical map with landmarks, rivers, mountains, clouds, lakes, and the sea.

A.t.l.a.s. is a nice app to quickly generate a world. It can instantly generate a random world with a topological view in 3D. You can save the world map as a flat 2D image. 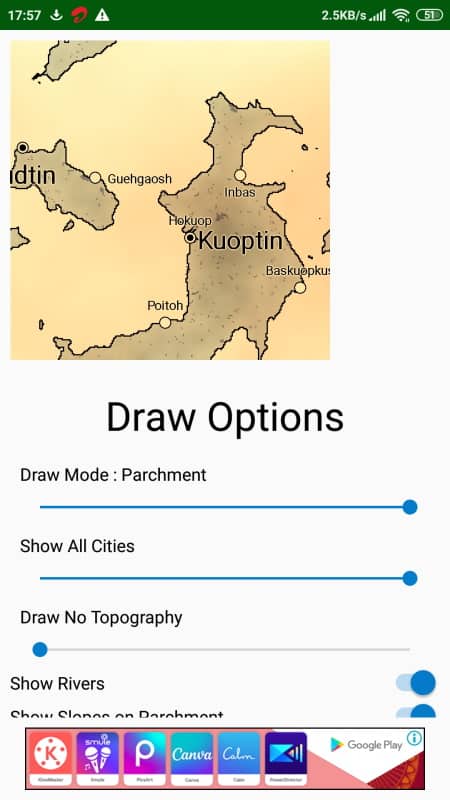 FFM World is another free fantasy world creator app for Android. This is a simple app that generates a random map as per your specifications. The final map is basically a flat 2D image. This app has various geographical parameters that you can customize to make your own map. You can define map width & height, minimum & maximum elevation, elevation noise, peak sharpness, sea level, erosion, the temperature at equator & pole, moisture at equator and pole, and moisture noise. After the geography, you can set the number of counties, the number of cities, and the type of map (Island, Landmass, or World). Based on these specifications, this app generates a map for you.

A geographical map with counties, cities, rivers, and the sea.

FFM World is a decent app for making fantasy maps. It generates a flat 2D map that you can customize a little to suit your needs. You can export the map as a PNG image and use it for your fantasy stories.